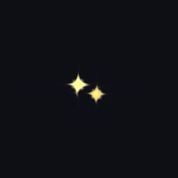 ALPHA CENTAURI is one of the most celebrated and impressive stellar ornaments in the sky that remains among the major observational highlights for any visual observer. Famously acknowledged as the nearest star to the sun has meant that almost every southern amateur astronomer must have viewed it, and most likely, because of its prominent stature, most of the world population has at least heard of it.

α Centauri is also a well renown binary star, whose orbital period spans close to an average human lifetime of about 79.9 years. The star’s duplicity was first discovered by the Jesuit priest and amateur observer, Father Richaud (1633-1693), who was the duplicity from Pondicherry in India on 19th December 1689 whilst observing a southern comet, which he had been observing since the 8th and concluded to do so until the 21st. This new discovery would have been a remarkable surprise considering that close double stars like this were completely unknown to science. He found the separation (determined much later) as merely 6.8 arcsec, which is remarkable in itself, especially in regards the dreadful quality of the refractor’s optics. (7.02 arcsec in PA 243.9°)

Later in early July 1709, Father Feuillée noticed that the relative positions of these two stars had slightly changed, suggesting for the first time that these two stars were gravitationally attached. The next observer was the Frenchman Abbé Nicolas Louis de Lacaillé who observed the components in mid-March 1752 using a very small 12.5mm refractor to find the positions had very significantly changed (Calculated now as position 20.51 arcsec, PA 218.7°)

It is interesting to speculate that had northern observers had access to this star, that the future story of astronomy and astrophysics would certainly had been different and certainly far more advanced. For me the hidden nature of Alpha Centauri was likely proved to be an almost unfortunate twist of fate.

Alpha Centauri is the brightest star in Centaurus, being placed in the far south-eastern corner of this large constellation, which culminates each year at 9pm on 8th June or at midnight on 24th April. In the sky, Alpha Centauri resides some two hours east in Right Ascension of the Crux (Southern Cross), and is the easternmost star of the southern Pointers. Here this star joins with Beta Centauri (Agena) to point just north of the familiar asterism of the Cross. (1) In placement, this bright luminary is 15.6° east of the brightest star in Crux, Acrux, at the foot of this prominent asterism.

Commonly the star is referred as just Alpha Centauri or α Cen, though the proper name as Rigel Kent or Rigel Kentaurus, is sometimes used. Historically, the name Rigel Kent is surprisingly modern, whose name originates in the early 20th Century by aviators who used the star as the guiding beacon for visual navigation purposes. This is quite unlike all the other thirteen bright 1st magnitude stars in the sky. During the 1st Millennium A.D, its Arabic name was Wazn, but this usage has not continued into more recent contemporary times.

To the eye, this obvious star appears as a gorgeous golden-yellow colour that seems to contrast well with the cold steel-blue of its neighbours of Beta Centauri and of several similar coloured stars of the Cross. In intrinsic brightness, it remains ranked as the third brightest star in the sky at -0.29 magnitude. This bright celestial beacon own ranks in brightness is only behind Sirius and Canopus, but does holds some distinct and particular reverence over all other stars, mostly as our closest stellar neighbour. (1). I have generally read the many accolades about this particular system over the years but the one that really sticks in my mind is that written by E.J. Hartung his book “Astronomical Objects for Southern Telescopes” (1968). He adequately describes Alpha Centauri using one solitary word; “brilliant”! (2).

For some odd reason or other, several bold northerners continue to placed Rigel Kent just behind the first magnitude star Arcturus — and this is seemingly often slyly done by instead listing the two stars individually. Either way, α Centauri (AB) and α Centauri A are both brighter. α Centauri lies within the brightest parts of the Milky Way — so the telescopic background contains many many field stars. For deep-sky observers, merely 13.5′ ESE (PA 127°) from the interesting Karl Henize faint bipolar planetary nebulae, He2-111

For me it remains the supreme star of the sky to become
Imperatorius Astrum — the Imperial Star.

1. My fellow Australians, however, seem to have forgotten this reverence, as it is the only star of the “Cross and the Pointers” left off the Australian Flag!

2. He must have been a modest man in my opinion judging by his particular elegant literary style.